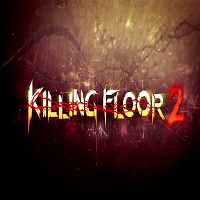 Killing Floor 2 released into Steam’s early access about a month  or two ago, and I have to say it is a rock solid Zombie killing PC game. It has a few variations from the original Killing Floor but Tripwire Interactive is moving in the right direction with this game and it can only get better.

Killing Floor 2 is available on Steam: http://store.steampowered.com/app/232090/ but remember its in “Early Access” which is another way of saying the game is a paid beta test right now, and it will be pay to own in the future. SO you are paying for access to the game right now, at a possible reduced price. Some early access games start out at 15, 20 or 30 bucks and then jump up to $60 on release.

Killing Floor 2 has several character customization options for everyone to choose from. The amount shown in the video below will change as the game grows, and when they eventually release DLC content as they did in the original Killing Floor.

A fun feature within the Killing Floor games is the Matrix style slow motion that happens upon certain conditions. I don’t know what all of them are but I do know a headshot or melee kill can trigger it a lot of the times. Here are some videos where I was having fun and caught some of the action during my Killing Floor 2 stream.

So you can see from the videos above that Killing Floor 2 is a horde survival game but that’s not where it ends at the end of the numerous waves with several difficulty settings, you will find a Boss. A really hard as fuck to kill boss that is ready to bring you some serious pain.

At the moment the Killing Floor 2 big baddie is Hans Volter. Some German guy with a bad attitude, likely a Nazi and determined to experiment on you and your buddies. Not only is he a bullet sponge but he’s a fast moving jerk that likes to plunge needles into your body to suck you dry. A move which will regenerate his health. And if no one on your team heals you, its game over.

Killing Floor 2 is worth checking out, grab one of the multiplayer packs and take your friends into this FPS zombie slaughter house. You won’t be disappointed if you enjoy hoard style survival games that involve some teamwork and are quick and easy to get into. The matchmaking system is very straight forward, all you do is launch the game, invite people from your Steam friend list and join a game type. You go in, pick one of the many classes available and get to killing.

Will we see you in Killing Floor 2? Questions about the game or some of the sweet game play above? leave it in the comments below. Make sure you like and share the page and follow us on facebook for more sweet action.